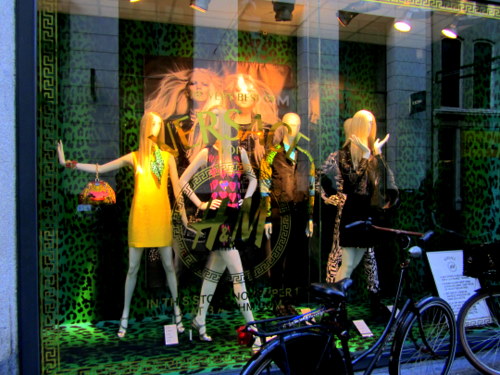 Versace H&M collection has finally hit the stores! This afternoon  The Hague H&M shop was busy, but nothing requiring special security for hysterical crowd control as was reported from London and Moscow. 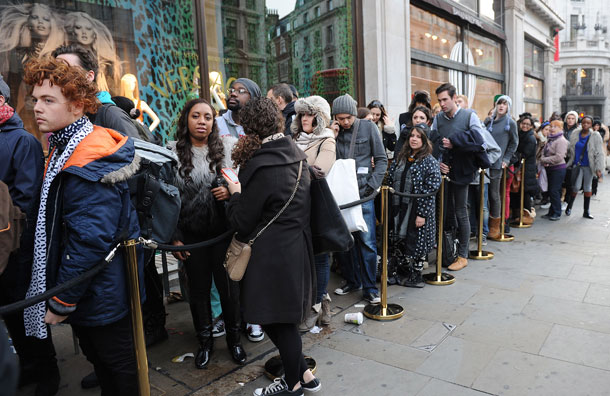 London is queueing for Versace

According to H&M cashiers spotting  neon pink print t-shirts The Hague was the second best selling store in the Netherlands. By mid-afternoon when I visited the shop most of the stock was gone but I was assured that more is coming tomorrow for those who missed “the primeur”. 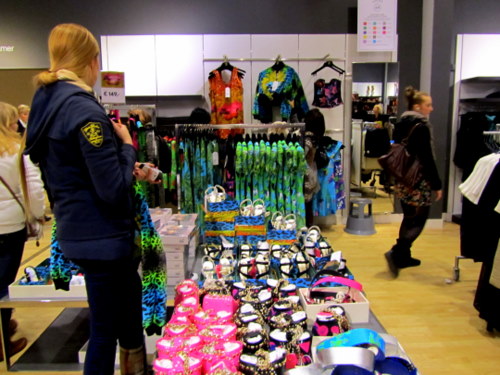 The best way to resist temptation is to succumb- O.Wilde

Tropical paradise prints seemed a bit of incongruity on a cold misty November day in The Hague. But hey, let the people touch the dream. And there were quite a number of young and less so women waiting in line to try and see whether the dream fits.

The men section upstairs was very quiet. This studded leather jacket apparently the hit item with local Versace aficionados, some twenty of them,  sold out in no time.  At 300 euro! It is not your habitual H&M price but the die hard fans were not deterred it seems.

Loud prints were  left to linger on the racks 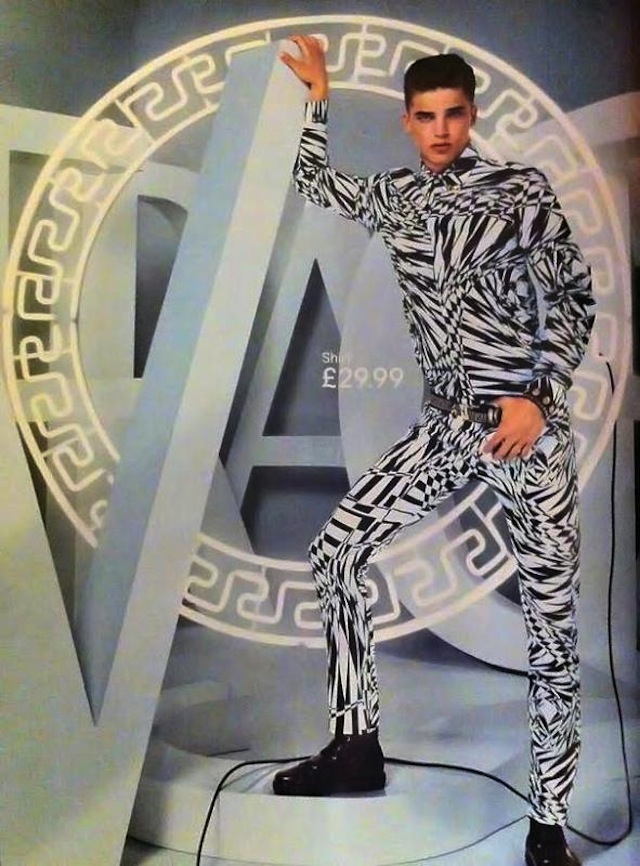 Later at an event I met Lulu, a young cute fashion blogger of mrlulusworld who was proudly toting the Versace H&M shopping bag. Inside exactly the same ensemble. But “bought in Amsterdam” he uttered with an air of conspiracy.

Well Lulu will certainly be able to pull it off. 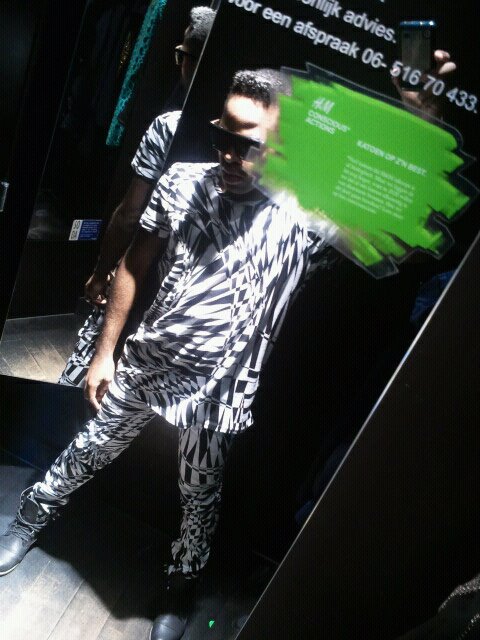