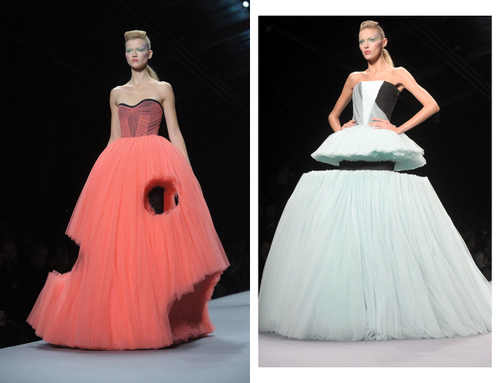 A while ago I was asked to contribute a cover story for ACCESS, The Hague based quarterly expatriate publication. The winter issue just out explores Dutch fashion and design.

In this cover story I try to explain the emergence of Dutch fashion in the 90-s, delve into its identity and see where Dutch fashion stands today internationally.

In 1993 when Dutch fashion was still something of an oxymoron Viktor Horsting and Rolf Snoeren,  graduates of the Arnhem Academy of Art and Design, took the fashion world by storm having won the most prestigious International Fashion and Photography Competition in Hyères, France, known as “an observatory of trends as well as an international launching pad” for a career in fashion.

For the competition the Dutch designers created a collection of  distorted dresses with exaggerated waist bands and ballooning skirts. And with this they swept three prizes.

Fast forward to 2011 Viktor Horsting and Rolf Snoeren, aka Viktor and Rolf, are the highly influential design duo behind the eponymous label with a huge following counting Lady Gaga among devoted fans. 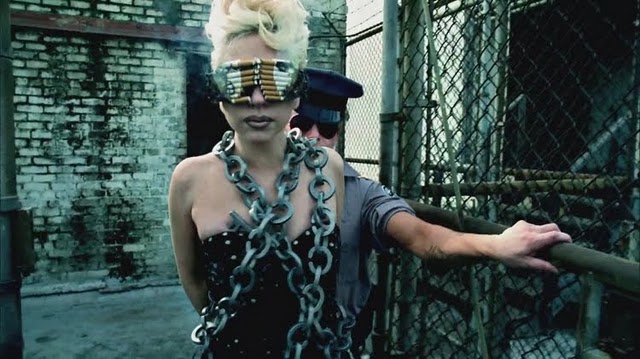 Internationally Viktor and Rolf have built a reputation as experimental vanguards with a particularly ironic view of fashion and kooky show productions.

“Mixing the drama of grandly staged opera with the precision-chic of Paris couture, Viktor Horsting and Rolf Snoeren are some of the industry’s most famous—and often—unpredictable—showmen. Too arty to place in the just-fashion category and too fashion-y to simply be called artists, they meld the two like few others. Collections are never boring affairs, and shows employ fantastical techniques, whether it’s models wearing their own cumbersome lighting structures or clothing presented upside down.  “ notes the New York Magazine.

Drama and scale are, indeed, the constant ingredients of Viktor and Rolf shows –a contrast to the prevailing Dutch mentality where one is expected to just “do normal – it’s crazy enough”.

In an interview Viktor Horsting once pointed out that “In Holland, the mentality is you’re not supposed to want to stand out. We made our collections to be noticed, but it was also a reaction.”

This reaction against uniformity, desire to be noticed and hunger for fame must have been the fire that kept them alive during the darkest times when in the late 90-s in Paris, broke, with no funding, shunned by buyers and critics they had to refocus and move from the fringe world of artsy fashion installations to couture which proved to be the right space able to accommodate their natural inclination for theatrics and experimentation. “We believe that couture should be a field for experimentation. It is a laboratory in our absolute dedication to fashion.”

So do Viktor and Rolf and their signature style represent Dutch fashion? Is it about balancing on the arty line rather than producing pretty frocks and dresses that sell? And what actually is Dutch fashion identity?

There have been a number of attempts to provide answers. An ambitious study Dutch Fashion Identity in a Globalised World is currently underway led by the Radbout University of Nijmegen. It is based on the assumption that Dutch fashion is a sum total of individualism and individual expression, innovation and postmodern design.

Laura van Erkelens,  founder of Fashionnl.com, an online portal for promotion of Dutch fashion, and  a graduate of the Utrecht School of Visual Art and Design researched Dutch fashion identity and its perception internationally for her master thesis during 2009.

According to van Erkelens three adjectives are key to understanding Dutch fashion identity today : open-minded, sober, opinionated. “However, -she insists,- “Dutch fashion identity should never be viewed in isolation from the Calvinist tradition and impressive development of other design disciplines in the Netherlands such as industrial design, architecture, graphic design, typography. Also, fashion design in the Netherlands is taught in art academies where the focus is on individual expression and conceptual thinking rather than pattern making and marketing. Freedom to experiment is far more important than relevance to the needs of the industry. As a result graduates have strong ideas about fashion and self-expression but lack practical knowledge of starting a label.”