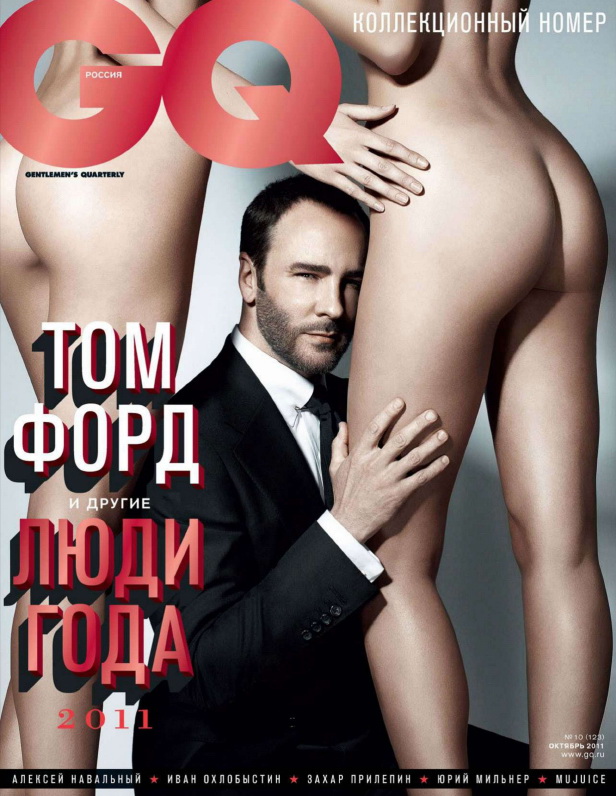 Tom Ford in his element, as we knew him during his reign at Gucci in the nineties. Provocative. Sleek. Pornochic

Well, I thought he has moved on…

This cover of the Russian GQ and the title of the International Man of the Year 2011 will certainly help drive big spending Moscowites to his newly opened store in Moscow. 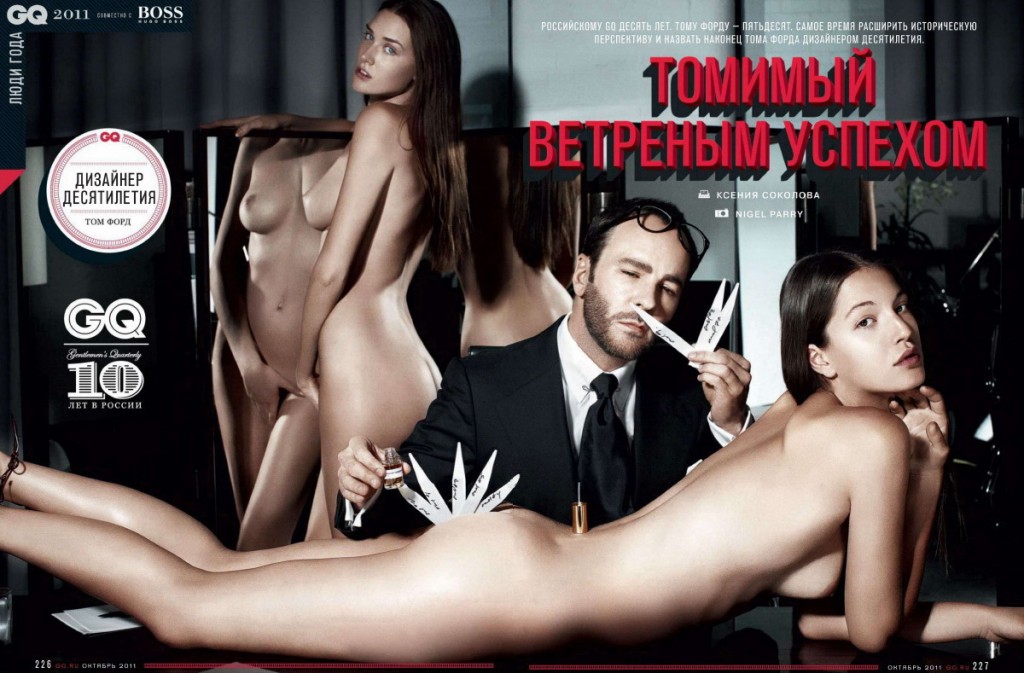 Interesting caption in Russian on the picture above. “Weary of frivolous success” ( translation my own)

The facebook fans have been actively discussing the cover. Some professing endless admiration, others making openly homophobic statements.