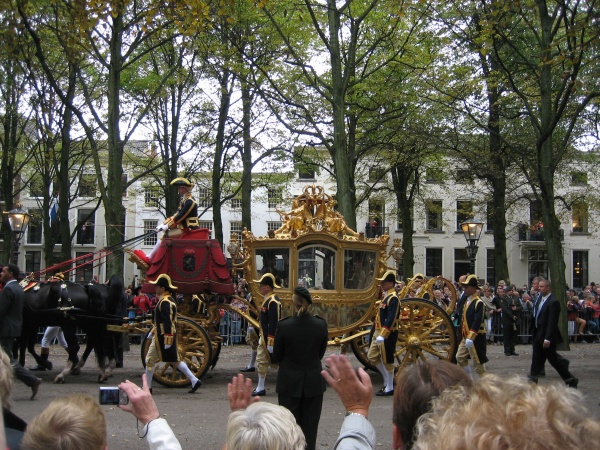 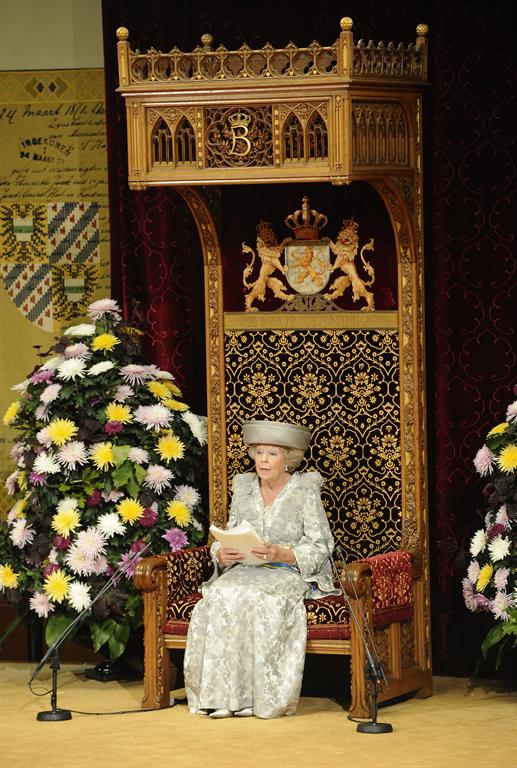 And a somber year that is going to be. Sacrifices and cost cutting measures in the magnitude of 18 billion euro will affect Her Majesty’s subjects across the board.

As the procession returned to the Noordeinde Palace, the road was lined with members of the Dutch Royal Armed Forces. Soon afterwards again as the tradition requires the Royal Family appeared on the palace balcony to waive to loyal fans and adoring public (balkonscène). 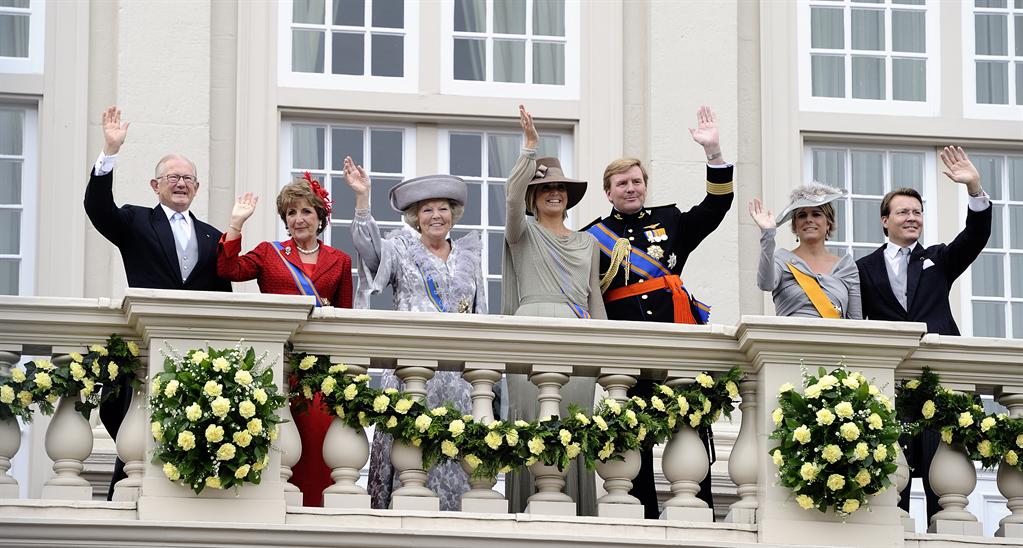 Prinsjes dag is also an occasion when the normally formal  and rather drab members of the government make an effort to glam up complete with hats and gloves for the ladies and day formal wear for the men.

Princess Maxima looked resplendid in her Jan Taminiau gown with matching gloves and an unexpected hat choice which I quite liked. 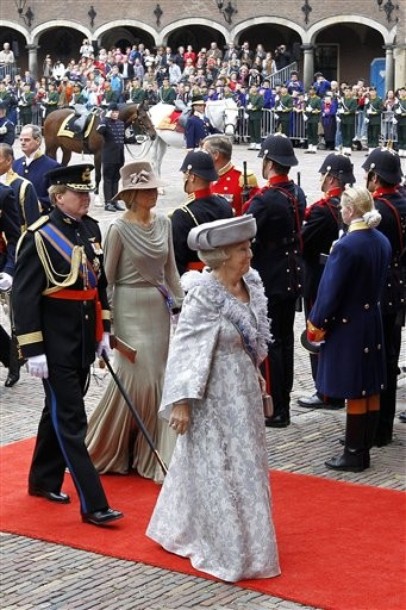 A representative for the Party for the Protection of Animals tried to make an environmental statement raising awareness of the dangers of whale hunting. Well, instead, it is more like a Playboy mansion candidate.  “Hot!” Non? 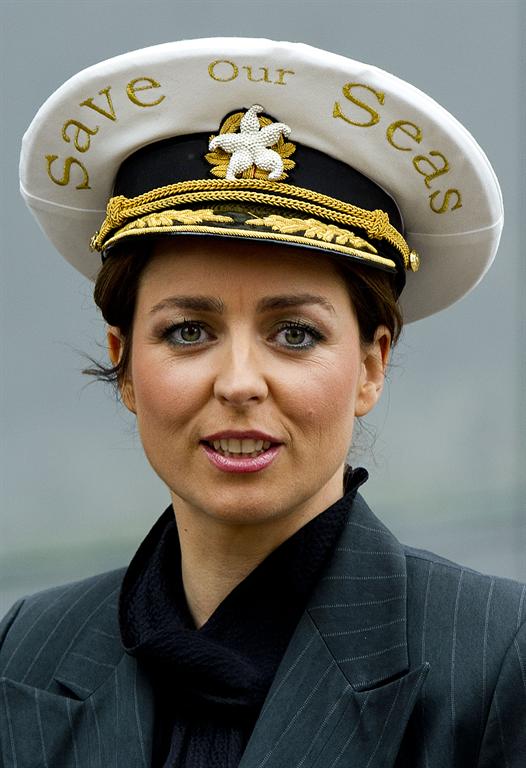 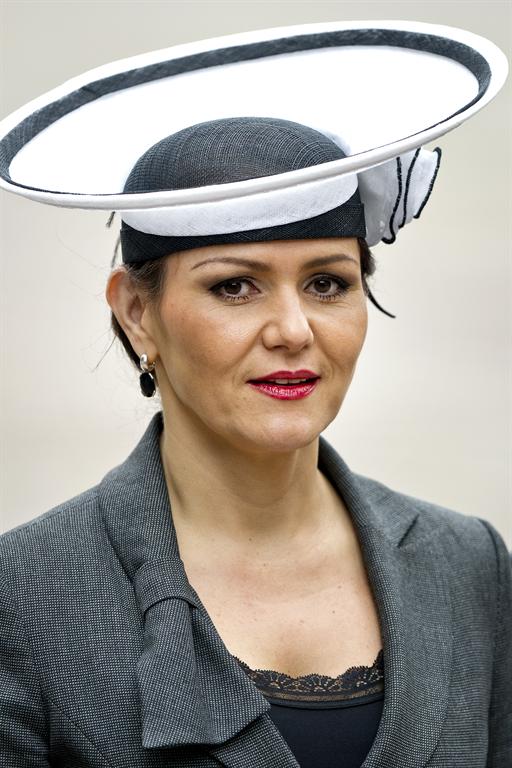 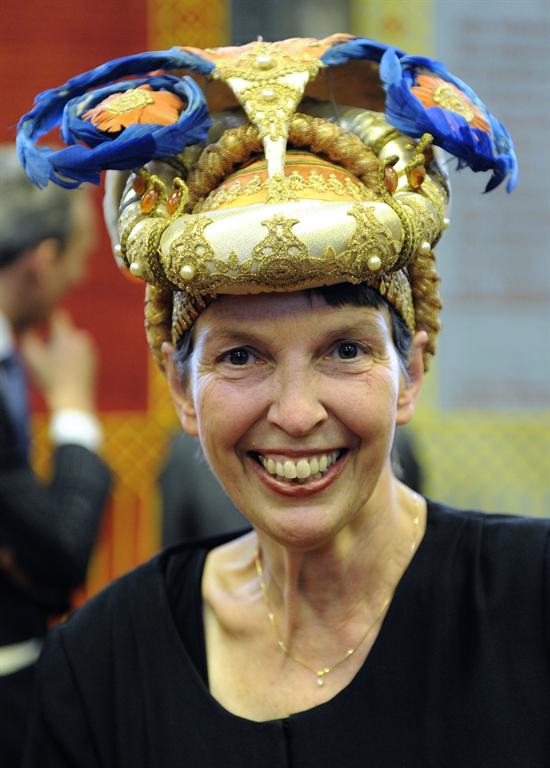 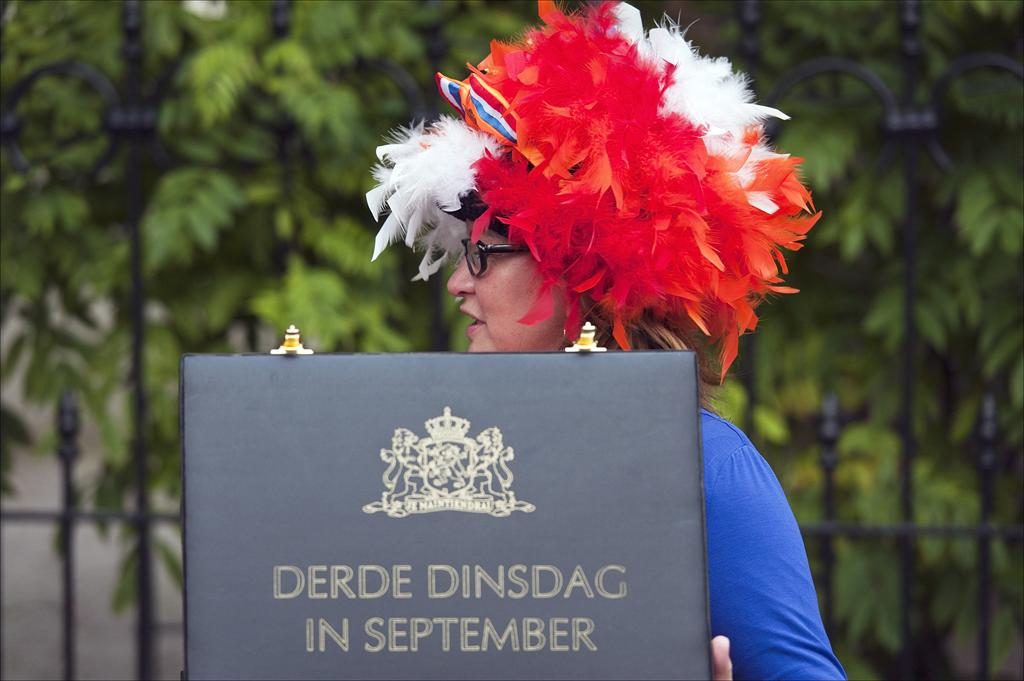 By now the hats and glamour outfits are sent away for well deserved rest  and tomorrow, well, it is another day of hard work in The Hague.