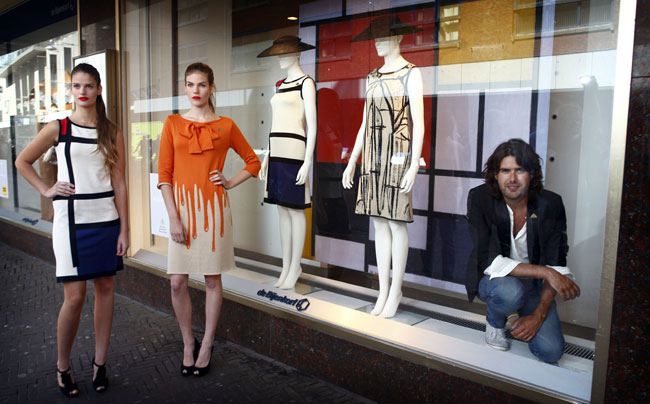 Life has been good to Michael Barnaart van Bergen, the choucou of the Hague fashion scene. He is young, talented, good looking and very successful. Named The Hague fashion ambassador 2010 he has had an impressive rise through the fashion ranks in the Netherlands scoring participation in the Millionaires Fair, museum exhibitions, celebrity dressing, TV appearances.

A self-confessed admirer of elegance and femininity he keeps his focus is on the dress, making knits his speciality. For the exhibition exploring the relationship between art and fashion currently on show at the Hague Gemeente Museum Michael has created a special collection inspired by works of art from great masters such as Mondrian and Ingres among others. 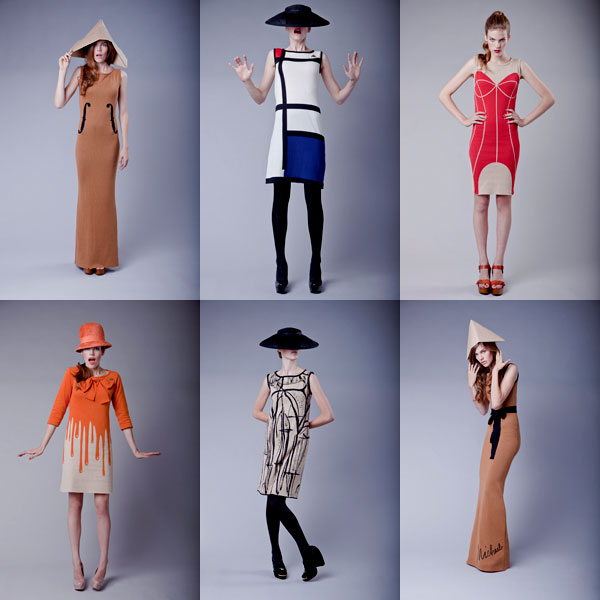 Till recently Michael Barnaart van Bergen has been selling collections through his online store, but since Thursday, October 13, 2011 he has his own shop in Paperstraat, just off Nordeinde. 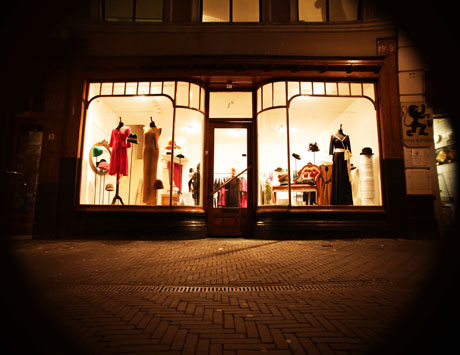 It is a charming vintage-y space with a certain feel of the seventies where you find Michael’s signature knit dresses and an assortment of  bags and hats. The hats are by Berry Rutjes Jr, a designer from Gouda. 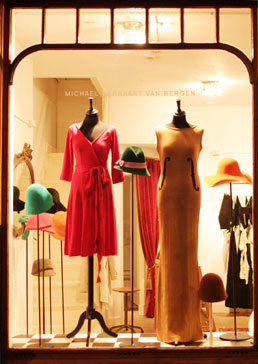 While in many countries emerging creatives, fashion school graduates in particular, struggle to garner required financial support to start, produce and market their wares, The Hague seems to be an exception.

The thriving creative sector in the city is an important driver for the local economy, and is generously  supported by the municipal authorities through The Creative City Programme established in 2005. It provides grants and subsidies to young creatives living and working in the city.

Not only designers get subsidies to take off, they are provided  office/atelier space at highly advantageous rates, get business guidance and are offered endless marketing and PR opportunities.

Do you know of any other city that has its own fashion ambassador? Well The Hague does.

“Creative city is a healthy city” believes the municipality.