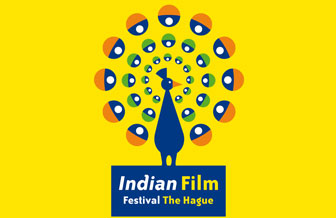 With hovering grey skies and bouts of rain this has been the weekend to stay in. But braving the elements last night I ventured out to see Delhi Belly, a Bollywood comedy, as part of the first Indian Film Festival held in The Hague.

It must have been the title that won me over. And also the fond memories of India and my time in New Delhi.

Delhi belly, or diarrhea in plain medical language, is an affliction all too familiar to foreigners who ever visited or lived in India. And, oh boy, did I have my fair share of it.

Now, Delhi Belly, the film, is a hilarious comedy complete with diamond smuggling gangsters, shoot out scenes, mad car chases and as many f… words as rice grains in a pilaf dish.

The film features three friends, struggling losers, who get menaced by a criminal gang when  through an odd play of circumstances a stool sample gets mixed up with a stash of diamonds hidden in a matroyshka, Russian stack doll.

What follows is a brilliant sequence of events tightly paced and madly entertaining, of course all spiced up with music and dance.

The film made me laugh to tears, and I was not the only one. The theatre room was packed and the audience was howling with laughter.

If you have not seen the film yet, make sure you do. It is HILARIOUS