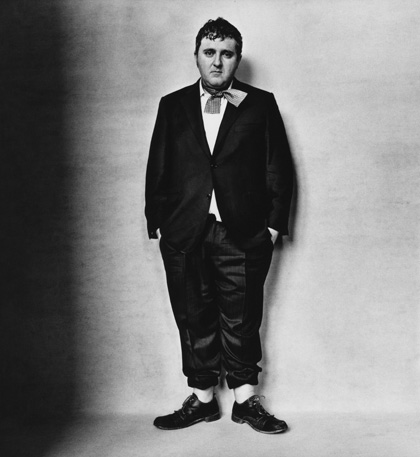 Alber Elbaz has been officiating as creative director at the venerable House of Lanvin, the oldest couture running business,  since 2001. Slowly and quietly he has garnered a cult following creating trend-less collections, particularly known for his studied simple cuts and silhouettes that fit all women– young and of a certain age, skinny and shapely, bourgeois and hip. The logo of the House is a mother and a daughter holding hands — a very succinct expression of the brand’s philosophy– create fashion for all.

Great style sensitivity aside, Alber Elbaz has a sense of humor and does not hesitate to indulge in some serious fun.

This autumn Lanvin and Albez Elbaz have ventured into the land of video campaigns.  And what a video they produced!

Models dancing to Pitbull I know You Want Me where Alber Elbaz himself makes an appearance, so touching goofy that it completely steals the show.

And here is another video for Christmas. There’s season appropriate magic and there is some techno-electro club fun.