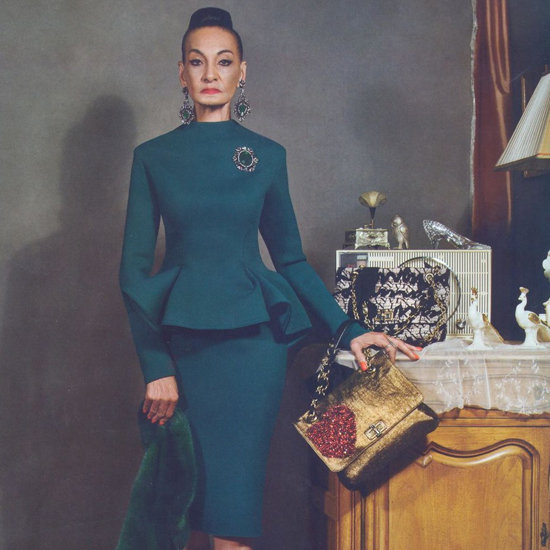 At the backdrop of the news that the fallen fashion idol John Galliano is stripped of Legion d’Honneur for his antisemitic rant the interview with Alber Elbaz, creative director of  Lanvin, by Julia Reed published in the WSJ is a refreshing read.

Humble and very honest Alber Elbaz  talks about the industry and that he does not have a  muse and that puts himself completely into his work. I can’t help but reproduce the extract:

Two different women told me two different things at two different times, and I always go back to them. One person told me that every time she wears Lanvin men fall in love with her, and I thought that was so beautiful. The other one told me that she was in a taxi going to face her husband’s lawyer because she was getting a divorce, but she was wearing Lanvin and she felt so protected. If I can make men fall in love with women and if I can protect women, I think I can die peacefully.

A week before he died, I called Mr. Beene and told him that everything I know he taught me. He was my boss and he was my family. I was coming out of nowhere without any grand portfolio. I didn’t come from a big school. I came from Israel to New York and had a little job making mother-of-the-bride dresses. He taught me that it doesn’t matter where you come from but where you are going. He never did things just because you are supposed to do them. He had the ability to create and to laugh and to make women feel beautiful and to mix technology and beauty together. I think that because he was overweight and I’m overweight, our fantasy was lightness. So we projected our fantasy to the clothes, and now all I do is light, light clothes because it’s the one thing I don’t have. That is why I’m too afraid to lose weight because then I might make heavy clothes. You are laughing, but I am not.

In an industry all about image and illusion, such disarming honesty is a breath of fresh air. Don’t you think?